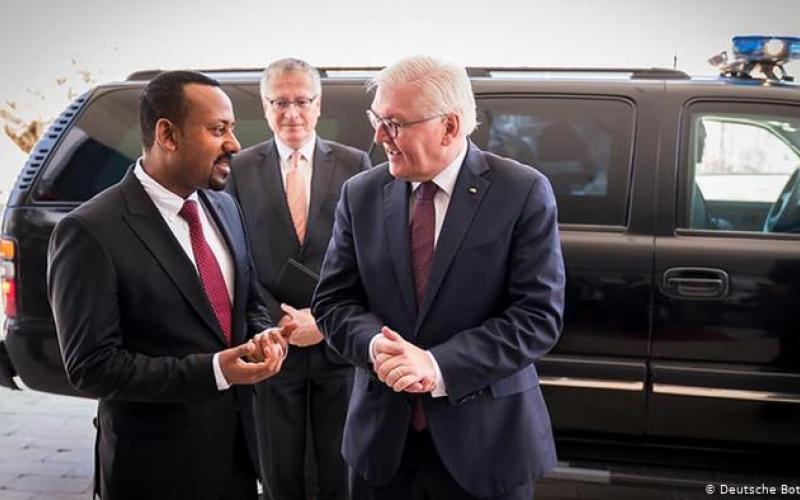 Ambassador Brita Wagener talks to DW about Ethiopia's reforms, its impending constitutional crisis prompted by its deferred August elections and how COVID-19 is affecting AU-EU relations.

Brita Wagener has been Germany's Ambassador to Ethiopia since 2017. Based in Addis Ababa, she is also responsible for Germany's relations with the African Union, which is headquartered in the Ethiopian capital.

DW: How has Ethiopia, in your personal experience, but chiefly from a political point of view, changed since Prime Minister Abiy Ahmed came to power in April 2018? 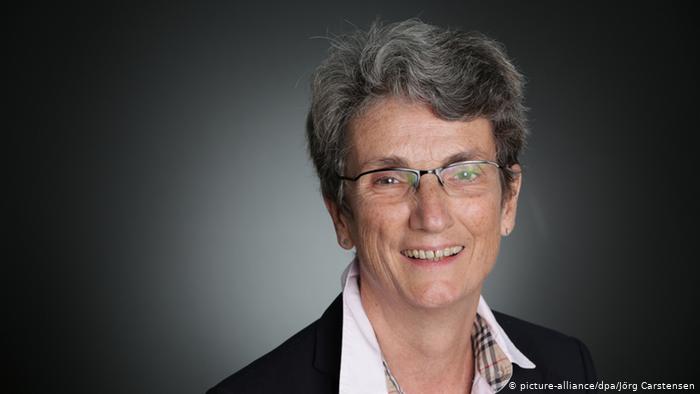 Brita Wagener: That was, of course, a very big change which came relatively unexpectedly and which was a positive surprise for many observers, including myself. I had arrived [in Ethiopia] almost three quarters of a year earlier and during those months, I had observed people's anguish under the previous government [of Hailemariam Desalegn who was forced to resign after protracted anti-government protests]. There was much unrest and ultimately the country was at an impasse so the change here [in Ethiopia] created a feeling of renewal for everyone.

The mood in the country was characterized by great euphoria. And then came the first concrete positive results, such as the release of political prisoners and the closure of the notorious [Kaliti] prison here. Journalists told me: 'No, we are no longer afraid.' ... The exiled political opposition were also invited to return and take part in the political process. Laws, such as the NGO law were implemented relatively quickly, so civil society organizations can act much more freely and are no longer so restricted.

It was a really positive mood but also such high expectations basically mean it was very unlikely that they would all be fulfilled. So many positive things, but at the same time so many positive expectations of a process that is a complete paradigm and system change — and therefore ultimately takes time.

Were the expectations of Prime Minister Abiy simply too high? To make matters worse, he was even awarded the Nobel Prize in 2019 [for his peacemaking efforts which ended two decades of hostility with longtime enemy Eritrea]. Can he meet the insanely high expectations of Ethiopia's 100 million people?

The expectations were simply excessive. So many things are expected of him — some of which he promised and which he still wants to achieve — but it was hardly possible to deliver concrete results in such a short time. As well as opening up domestic politics, there were also his foreign policy activities, such as reaching out to Eritrea. Many things have already changed but no one has a magic wand that can reform an entire system within two years.

To make matters worse, the coronavirus crisis hit Ethiopia just after it finally set a date to hold national elections in August. Constitutional lawyers are currently trying to find out how to get out of the constitutional crisis: the mandate of Abiy's government expires in October, [the August elections have been deferred

Indeed, it is very unfortunate and ultimately sad for Ethiopia that many reforms and, above all, the holding of elections ... are being disrupted by the coronvavirus crisis. The election date for end of August has been canceled. Government, parliament and expert bodies are trying to establish a procedure on the basis of which this delay — and with it, the probable extension of the government beyond the current legislative period can be made possible. Because that must be legally as well as politically viable.

Where do you see Germany in this process? After all, Germany has been a longstanding partner of Ethiopia - both diplomatically and politically as well as in terms of development. Germany's government sent strong signals of support at the very beginning of Prime Minister Abiy's tenure with German Foreign Minister Heiko Maas making his inaugural visit to Africa in Addis Ababa.

As you say, Germany very quickly sent out signals and messages that it wanted to support [Abiy's] comprehensive reform. We have done that so far. We pledged €340 ($372 million) in new aid … earlier this year.

We also are supporting the implementation and preparation of the elections in cooperation with the European Union and the National Election Board of Ethiopia to the tune of €10 million. That will continue. We are still very interested that Ethiopia holds transparent and fair elections.

Reforms in Ethiopia are continuing but, in some cases, have been delayed. As far as the political sphere is concerned, we have always emphasized that we stand by the reforms and that we will continue to support them.

Ethiopia's system of ethnic federalism [which is organized into nine regional ethnic states and two federally administered city-states] is currently subject to a severe stress test as majority ethnic groups struggle for power, triggering violence. [As a federal nation], Germany has given advice to Ethiopia on federalism. Does Germany have a special role here? Are you talking to the authorities offering specific help?

These ethnic clashes or political clashes along ethnic lines are worrying and are surely one of the biggest challenges facing this government. This is a very important point that also plays an important role in connection with the elections. Germany has provided overarching support here through various political forces. That is important to us.

We organized trips to Germany for Ethiopian MPs, who visited the Bundesrat (Federal Assembly) and the Bundestag (German parliament). They also visited the federal states to gain an impression of our federal system.

Federalism was also a topic of a recent visit to Germany by a delegation from Ethiopia's Peace Ministry. We have planned follow-up projects on this topic but these aren't yet concrete. There is no large program on federalism, but the topic is one that Germany has worked on in the past with Ethiopia's House of the Federation and parliament.

Other countries with a federal system have also been active in this area, such as Canada. Indeed, this is a very important and extremely sensitive issue: how to deal with so-called ethnic federalism in Ethiopia in the future. But there will certainly not be any decisive changes before the elections.

Let's talk about shifting global geopolitics. Do you believe that Germany and Europe, which have been very concerned with their own internal affairs in the coronavirus crisis, but also beforehand, are becoming less of a focus for Ethiopia? That the Ethiopians are forging stronger relations with China - and that other players like Turkey are also in the race? Is this something that worries you?

Of course, Ethiopia will turn to where they feel they are getting support. But Europe and Germany are still very important partners, not only in the area of development partnership, but also in combating the [coronavirus] pandemic. You have to look very closely at which actors offer support. The Chinese have, of course, been very visible in Ethiopia with the delivery of medical equipment. It was communicated in a very visible way, and the Ethiopians then distributed it all over Africa. But if you look closely at who is providing what support — we have pledged another €120 million in connection with the coronavirus, and this is very well regarded by the Ethiopian government.

The coronavirus crisis hit the cooperation between the European Union and the African Union at a time when the new European Commission President, Ursula Von der Leyden from Germany, had been very supportive of a union on the continent. Located as you are at the seat of the AU in Addis, how do you see the bilateral relationship between the EU and the AU?

It is certainly very unfortunate that the coronavirus crisis has emerged at this very moment when increased efforts to bring the AU-EU partnership closer together and more strategically have indeed been initiated. But these efforts certainly haven't been suspended. We expect to resume shortly more intense talks between AU and EU in preparation for planned various conferences and meetings.

On the subject of the coronavirus, one must say that in fighting the pandemic there has been a very close cooperation between the EU and AU, as well as between Germany and AU, in particular, the African Center for Disease Control. At the moment, this is in the foreground but this doesn't mean the other issues have been postponed indefinitely.

This interview has been lightly edited for brevity and clarity. It was conducted by Ludger Schadomsky.