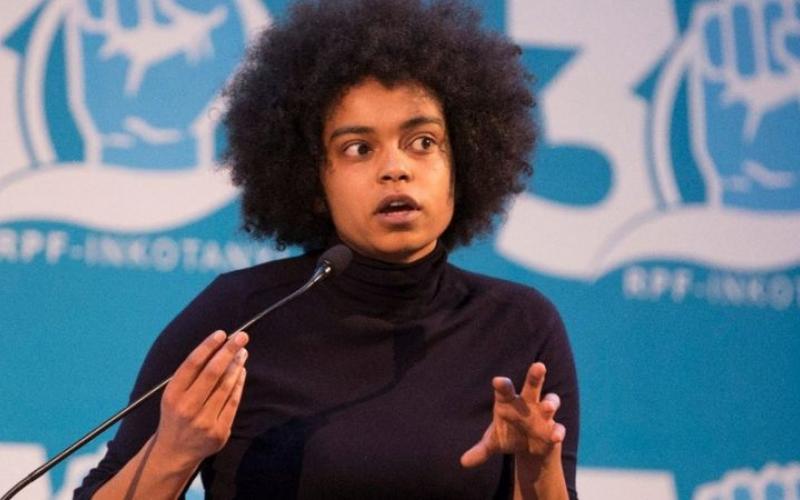 The daughter of a former Ethiopian prime minister has accused the government of preventing her from leaving the country because of her Tigrayan heritage, highlighting the ethnic divisions that continue to split the nation in the wake of brutal fighting between government and Tigray forces in the northern region.

Semhal Meles, the 32-year-old daughter of Meles Zenawi, who was Ethiopia’s prime minister for 17 years until his death in 2012, said she was prevented from boarding a US-bound flight from Addis Ababa on Tuesday despite having a valid passport, visa and ticket, in what she called a “curtailing” of her constitutional rights. In an emailed statement to journalists, she said officials told her she did not have paperwork clearing her for travel, required by anyone who had been previously arrested.

Ms Meles was briefly detained by security forces in December. “To the best of my knowledge I haven’t been included in any wanted list, no arrest warrant has so far been issued against me nor have I appeared in court,” Ms Meles said.

“I was illegally and unlawfully profiled.” Ms Meles’s claims echo those of other Tigrayans, who say they have been prevented from travelling or dismissed from work since the government led by Prime Minister Abiy Ahmed launched a military attack on Tigray in November last year. The government said the move was a “law enforcement operation” after the Tigray People’s Liberation Front — which effectively ran the country until 2018, when Mr Abiy took power — attacked federal troops. Hundreds have died in the fighting and thousands of refugees have fled across the border to Sudan.

There have been reports, mostly unverifiable because of a news blackout in Tigray, of atrocities by both sides. Forces loyal to the TPLF have been accused of a massacre of 600 civilians, mainly from rival region Amhara, while refugees have reported executions of civilians by pro-government Amhara militia. Ms Meles accused Addis Ababa of “the weaponisation of rape and hunger, the targeting of dense urban populations for aerial bombardment, wanton destruction of public infrastructure and widespread looting”.

The government said on Thursday that her account was unreliable. “For three decades, the TPLF has laboured to satisfy an unbridled thirst for absolute power and self-enrichment, fanning flames of ethnic division and hatred,” an official said. “Average Ethiopians . . . have paid dearly for this.” The government has accused the TPLF of being a “criminal clique”, sponsoring terrorism and fomenting ethnic violence. More than 100 party members have been placed on a wanted list, while senior TPLF officials such as Seyoum Mesfin, Ethiopia’s former foreign minister, have died in unclear circumstances during the conflict.

Mr Abiy’s government has denied targeting Tigrayans on the basis of ethnicity, saying its dispute is with the TPLF.

In September last year, the TPLF went ahead with a regional poll that Addis Ababa said was illegal, after the government postponed national elections amid the Covid-19 pandemic. Before the recent fighting, Mr Meles, who led a guerrilla war that toppled the previous Marxist Derg regime in 1991, was seen as a hero in Tigray. But his legacy remains divisive. Under his leadership, Ethiopia was widely praised for rapid growth, but the TPLF also oversaw a repressive police state.

The former premier is seen as the father of so-called ethno-nationalism, under which power was devolved to nine ethnically defined regions, an arrangement enshrined in the 1995 constitution. An item of faith for some Ethiopians, the constitution is seen by others as sowing violent divisions. Recommended Ethiopia Western concern mounts over Ethiopian crisis Ethnic violence, including the burning of churches and mosques, has swelled in Ethiopia since 2016, leading to the internal displacement of 3m people.

Mr Abiy has put forward a philosophy of “strength through diversity”, intending to bind Ethiopia under one national identity. But his opponents say this hides an effort to water down regional autonomy and centralise power. Describing her arrest last year,

Ms Meles said 20 federal police officers armed with machine guns arrived at the house in Mekelle, the Tigrayan capital, where she was staying. She was taken to a “makeshift prison” for 48 hours, she said, adding that she was denied access to a lawyer and never told the reason for her detention. One officer threatened to “sever” her head, Ms Meles said, and along with the son of a former TPLF general who had also been arrested, “we were put on display for members of the federal police and army in an attempt to celebrate the capture of the junta’s children”. “My dual crime, it seems, is being born into a political family with a Tigrayan identity,” she added.

Ms Meles said the Tigray people viewed November’s operation as an attack on their right to self-determination. “Every Tigrayan family paid a price to enshrine these rights within our constitution,” she said. “And no one here is prepared to betray the sacrifices made by their forefathers.”