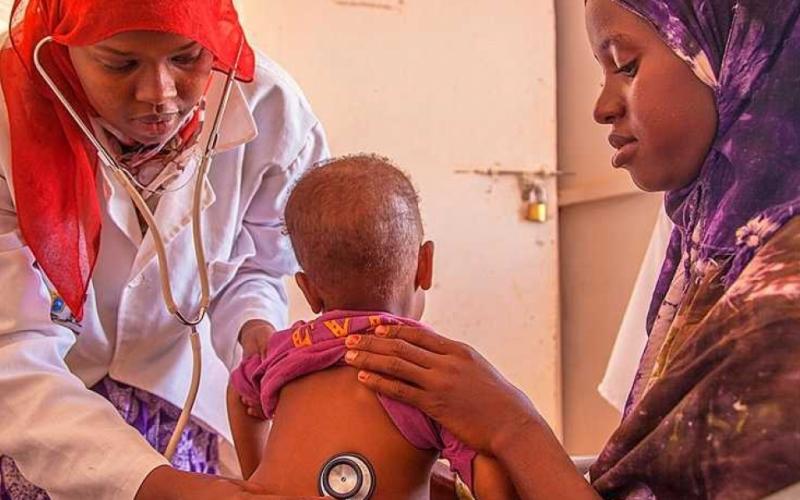 A severe drought is looming in Somalia amid ongoing challenges of the third wave of COVID-19, locust infestations, and political instability making the number of people in need of humanitarian assistance at risk of escalating rapidly.

With only 3.9 percent of the USD 1.09 billion-Humanitarian Response Plan disbursed to date in a country grappling with multiple humanitarian threats, the Somali NGO Consortium (SNC) calls on all actors to urgently take action now and prepare for a large-scale crisis as rainfall is forecasted 70% below average in some areas of Somalia in the next three months.

“The time to prepare is now. We know this from past drought responses and we are calling on all actors to be ready for an urgent scale-up of humanitarian response to prevent unnecessary harm,” says Halimo Elmi Weheliye, Acting Director of the Somali NGO Consortium.

“The worsening of the current drought conditions risks aggravating the situation for millions of Somalis trying to recover from the compounded effects of flooding, COVID-19, conflict, and locust invasions, all happening in 2020,” she adds.

One in five Somalis or 2.7 million people will need humanitarian assistance without a scale-up of emergency response. This represents a 69 percent increase from 1.6 million on the same date last year. The conditions and risks are similar to pre-drought conditions in 2017, except that in that year Somalis were not faced with a pandemic and a locust infestation.

To echo the call, Ahmednasir Mohamed, Deputy Director of Save Somali Women and Children and Chair of SNC’s Localization Working Group says: “Federal and regional governments in Somalia have already sounded the alarm and we as humanitarians are joining their call.

“Many of us local and national NGOs are working to support communities we work with and they need urgent support as they are facing critical food and water shortages yet there is only a small slice of the humanitarian funding.”

Somalis in the northern and central regions of the country are among the worst affected by food production and crop failure mostly due to a disastrous Deyr rainy season in October-December and the desert locust infestation. Water shortages across the rain-dependent country are provoking fresh displacement and an increase in water-borne diseases. The outlook for the next three months remains dire, with locusts posing very high risk to rural livelihoods and between 40 and 70 percent below average 2021 Gu (April-June) rainfall.

Fears are mounting that water shortages due to the drought may accelerate the spread of COVID-19, as vulnerable households in both rural and urban areas have insufficient water for basic consumption and hygiene needs. In some areas, the price of water has more than doubled, forcing the most vulnerable households to travel long distances to in search of this essential commodity, especially affecting women and girls.

“Worsening water shortages and pasture coupled with widespread COVID-19 crises and total collapse of Somali shilling due to inflation has led to severe humanitarian situation here in Puntland, causing livestock to die and pushing communities into suffering and malnutrition. If the rains don’t come, I don’t know how people and livestock will survive,” says Mohamoud Farah, Water and Sanitation Officer, KAALO. Mr. Mohamoud warns that “drought is not new to us. Previously, communities were resilient and could depend on each other, but now communities are weak due to combined factors such as diseases, poor economy and political crises in the country.”

Over 50 percent of people in Somalia do not have access to safe water, while over 30 percent walk more than 15 minutes to reach their main source of drinking water. As a result, one in five Somalis do not have enough water per day to cover their basic needs for both for drinking and domestic use.

The Somalia NGO Consortium is calling for: