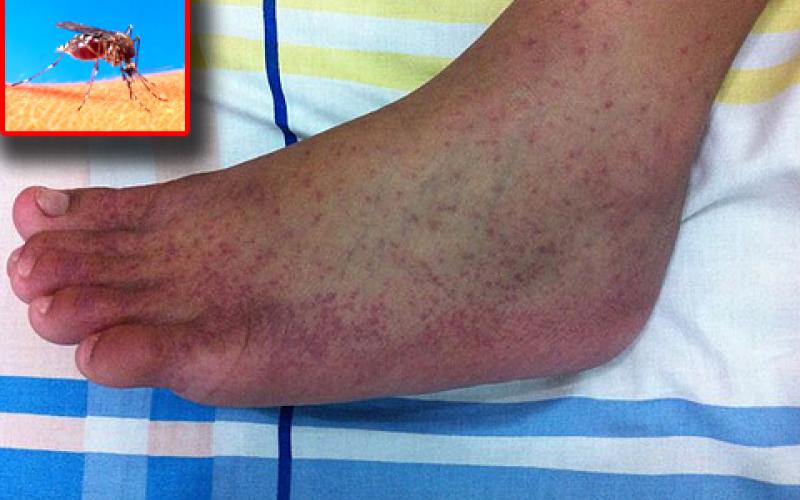 Health officials are reporting a declining trend in chikungunya cases in the Republic of Congo. The Ministry of Healthdeclared an outbreak in February and more than 11,000 cases have been reported from 43 health districts across 10 of the country’s twelve departments.

The outbreak peaked in April with most cases reported from the departments of Bouenza, Kouilou and Niari.

While cases are reported on the decline, the risk of spread remains moderate nationally due to the ubiquitous presence of competent vector species, Aedes aegypti and A. albopictus, and favorable breeding sites.

The health bureau of the city of Dire Dawa, Ethiopia is reporting a chikungunya outbreak. So far, some 4,000 cases have been reported, primarily in Dechatu district.

The disease, which is common in Tanzania and Mozambique, was first reported in Ethiopia in 2016 at Keberidhar and Dolo Ado towns, near Kenya and Somalia borders.

The disease was also reported in March this year in the Afar Regional State of Ethiopia. The latest outbreak has infected many more people than last time, when just 10 people were reported infected.

Chikungunya is a viral disease transmitted to humans by infected mosquitoes. It causes fever and severe joint pain, which is often debilitating. Other symptoms include muscle pain, headache, nausea, fatigue, and rash.

The disease shares some clinical signs with dengue and Zika, and can be misdiagnosed in areas where they are common. As there is no cure, treatment is focused on relieving the symptoms.